and achieve what's best for YOU

"Yesterday is history, tomorrow is a mystery, today is a gift"

I’m from Nottingham in England. My first job was with The Hong Kong & Shanghai Banking Corporation. I applied to them because the name sounded exotic. The experience was too because I was lucky enough to be posted to Hong Kong where I spent three years from 1976-79.

My next posting was to Muscat in the Middle East. I was then asked to go to a tiny village in the middle of the desert. I turned this down and had to resign. I went back to Hong Kong where I spent the next few years in China trade. I then worked for a Japanese business consultant and had a spell with a commercial investigation agency as finance and administration manager.

In 1988 I was asked to become a recruitment consultant with Ernst & Whinney (later Ernst & Young). I didn’t look back. I built a strong multinational team which diversified into human resources consulting and we had many successes. With 1997 looming I considered my options and it was purely by chance that I got the opportunity to come to Melbourne with Ernst & Young. 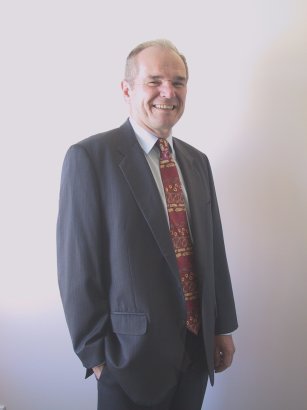 Not long after arriving here I was made redundant through an unusual set of circumstances. After short periods with other recruitment firms, I knew I had to change career and took a year off to do a diploma in information technology.

I qualified with an award for excellence but I was too ‘old’ for the industry and all the so-called 30,000 vacancies were non-existent. Then came 9/11.

I spent most of 2002 working in a factory which can only be called Dickensian. I even joined a union. In addition, I worked in a call centre, got my chauffeur’s licence and did a few weddings, and delivered eggs for an employer who was nothing but a slave driver. For two weekends every month and every Wednesday I sold my wife's handcrafted jewellery at markets throughout Victoria.

My biggest mistake was to assume that there was a full-time job waiting for me. There wasn’t. Australia has one of the most casualised workforces on the planet and ageism is rife.

Then I was lucky enough to meet Grace Johnston, a wonderful lady who helps people to re-invent themselves. Grace made me aware of all the skills I had to offer, and suggested I try to build income streams based on these skills. It was the best advice I’ve ever had.

In 2004, following the breakup of my marriage, I had the chance to start all over again. I moved from Melbourne to Perth and I’ve never looked back. For the first few years I built my own business providing a range of services with the underlying theme of helping people. It was wonderful to achieve solvency through my own efforts.

Then at the beginning of 2007, whilst looking for more contract work, I was offered a full-time role by the Australian Medical Association as a trainer. This went really well until, completely out of the blue, I was approached by a chap for whom I had written a résumé in 2005. He wanted me to join his engineering company and gave me an offer I couldn't refuse. As it was a totally new field, things started quite well. However, after several months I realised I wasn't all that interested in building things and I was in the job purely for the money. I needed to get back to working with people. So I resigned and went back to working for myself, knocking on doors and exploring options. After spending some time writing my ebook and building this website, the next twist to the tale occurred (click here).

Since July, 2010 I’ve been working in the disability sector. For the first two years I helped people with disabilities to find jobs, enjoying a lot of success with my résumé style and also my flyers so that individuals significantly improved their chances of building purposeful lives.

In 2012 I switched to helping an autistic young man lead an independent life, which was both challenging and rewarding, and since the beginning of 2013 I’ve been working on a part-time basis for Alzheimer’s WA, providing respite support to primary carers.

Working part-time pays my bills and enables me to promote my book. I know my methods work, not only from my success between 2010-12 but also from the testimonials I receive from people who have bought my book, written their own résumés, and moved on to new jobs. I’m determined to reach as many people as possible and 2013 brought a significant breakthrough with my first roadshow (in July) in New South Wales. It was a very successful week-long event for an organisation called Nortec, which helps unemployed people, and Nortec has now (as of August, 2014) bought 1700 copies of my book and runs workshops beased on the book.

So I've come full circle a few times over. As things stand I’m now in control of my life and I have complete choice. Right now I have the best of both worlds, getting a lot of job satisfaction from helping needy people, and knowing that, if I continue to promote my books, then I’m going to have a positive influence on the lives of many other people.

Above all, I’m doing things I want to do and having fun at the same time.

If you don't know which way to turn, then why not contact me and let's explore YOUR career direction options.